This website was set up in October 2012 and is the new official site for the Royal Observer Corps Association.
A WARTIME FARM         Filming a wartime ROC Post at Manor Farm, Botley, Hants.
By Neville Cullingford    from the 14 Group Newsletter

It all started with a call from Georgina, a researcher with the BBC's Farm series enquiring about details of the wartime ROC. It transpired that the BBC was to follow its successful Victorian Farm and Edwardian Farm series with one entitled Wartime Farm. This would feature several factors affecting farming during WWII from Ploughing Up in 1939, Rationing in 1940 to Hidden Heroes in 1940-41. and employ the same team of historical re-enactors. It was to be filmed at Manor Farm. Botley, which is Hampshire County Council's working heritage farm on which in real life during WW2 there had been a Starfish decoy site.

The Hidden Heroes filming session would feature Peter, the farmer, operating the Starfish site. Georgina was researching what wartime role Ruth. the farmer's wife. might be involved in. As a result of my initial chat and a meeting on 24th November 2011 in the cafe in Batley, the BBC decided that Ruth should be a Woman Observer on the local ROC Post Incidentally there was a Post at Batley operating between 1926 and 1991. It was agreed that the ROC Museum would fit out Ruth with a uniform. provide an authentically equipped Observation Post and that filming would feature Ruth as a new recruit being introduced to aircraft recognition and aircraft plotting as part of ROC duty in general. with me acting as the Group Officer.

All this had to be planned and arranged ready for filming 15'" December 2011. The first major need was to provide an Observation Post and it soon became clear that the pre¬fabricated Dexion and netting Post erected each year at Lepe would not do. There would be insufficient time to construct it and it would not bear filming or close scrutiny. We were fortunate that Dave Ballard's son Rory was an excellent woodworker and he offered to design and build us a pre-fablicated wooden Post This proved to be ideal for the filming and our thanks go to Rory for allowing the Museum to use it for future displays. The World War II equipment for the Post was straightforward except th.at a post-war metal tripod had to be used for the chart table. It was also necessary to draw up a wartime military gridded chart. Ruth was kitted out with a World War II uniform although the purists may notice that she is wearing a male blouse (four buttons instead of five and featuring epaulettes). Fortunately my No.1 uniform was virtually identical to that of my wartime predecessors.

A plotting narrative was prepared using the WWII grid square plotting technique but I, who was to teach Ruth this plotting, had never done it in anger. (It was plotting by hearing only by the time I was reporting from R3 Kingsworthy). It was therefore very reassuring to have Tony Maasz as adviser. who had done full plotting at Kidlington Post which was located on the huge grain silo still situated along the A34 just before its junction with the M40.

The 15th December 2011 was cold and cloudy but luckily the rain held off until the filming and cleaning up had been completed. The Post site was in a bullock field from which the occupants eventually had to be ejected as they could not resist chewing the genuine camouflage netting that Dave had supplied. Standing in the Post with Ruth during the many re-takes as it got darker and colder I was afforded a brief glimpse at first-hand of the endurance and fortitude of wartime Observers who did this round the clock, many of them for several years. Plotting the aircraft operating from Southampton Airport served to show just how quick one had to be to get the plots reported. and the teamwork required to operate effectively in such a confined space. Hopefully Wartime Farm will serve as a tribute to all those wartime Observers who provided such an inspiration to those who followed. Perhaps any wartime Observers watching the film will forgive any procedural lapses they observe in Wartime Farm! While I was very busy in the Post and relatively sheltered my thoughts were with Tony, Dave and Rory who were standing in the open and in strict silence while the filming was taking place. Unfortunately this meant that Tony was unable to interrupt the filming to correct the errors in plotting procedure even though he was there for that purpose. Reality was not allowed to interrupt the continuity of filming.

It was another welcome and unexpected opportunity to bring the ROC to the attention of a national audience and my thanks go to my colleagues who helped to make it possible.

Editor's Note: A Wartime Farm was broadcast on BBC2 on Thursday  6  20th September. As usual, a day's filming was condensed into a few moments on the screen.

The pictures below are reproduced by permission from the Producer of the TV Series.
They are copyright of Lion Television, Photographer Laura Rawlinson.  Submitted by Neville Cullingford 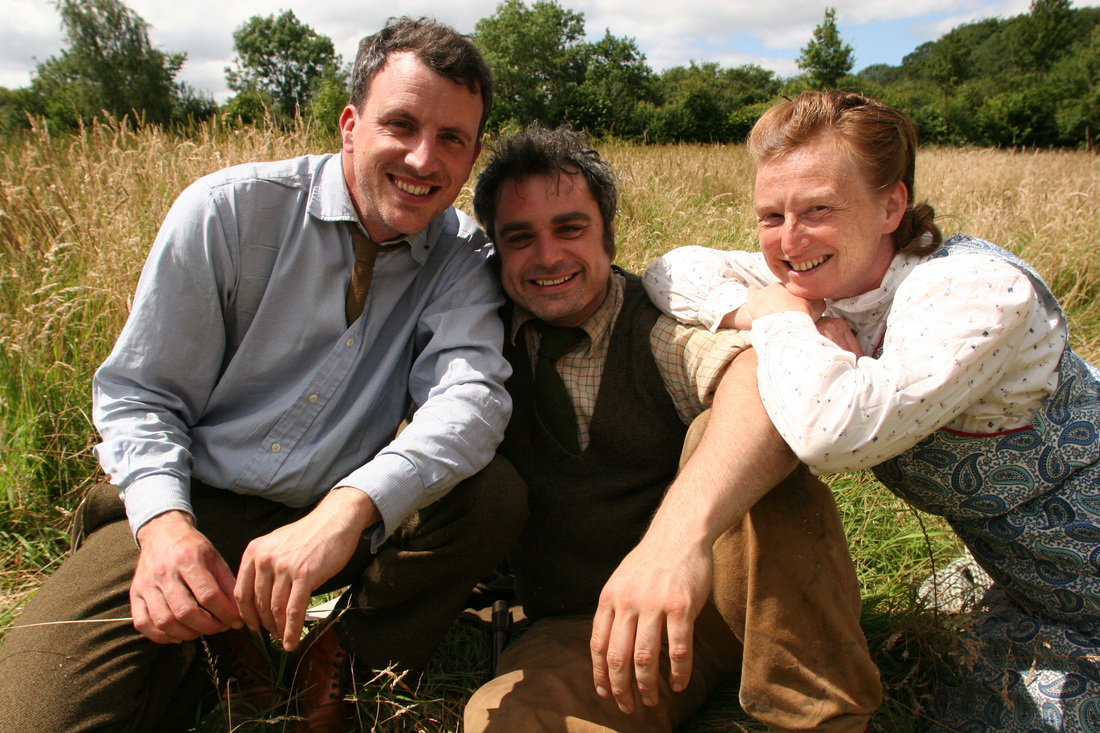 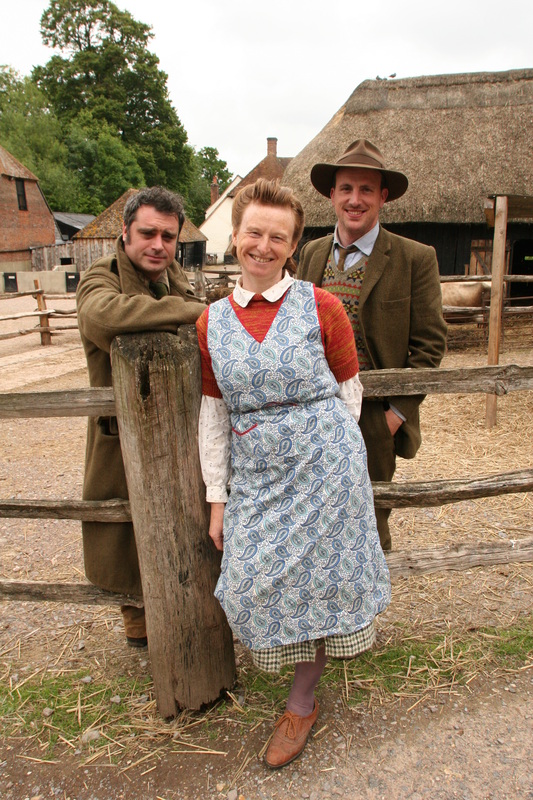