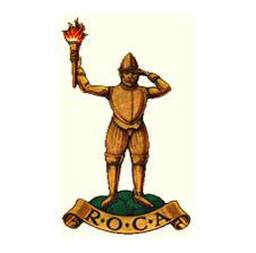 Jock Burnie was Post Controller in Crew 2 at No 7 Group, Bedford. This imposing Cup was given by Jock’s son Andrew on his death in the 1990s. The Citation for the Award was read at the National Reunion at Southport in October but as the recipients were not present it was accepted in their absence by Linda Burrows, widow of Ian who sadly passed away several years ago.

Keith Arnold, Archivist for the ROCA Heritage Team, attended the Nuclear Reporting Cell Reunion on 16th November at the Bentley Priory Museum and received the Cup on behalf of the team at Newhaven Fort in Sussex. 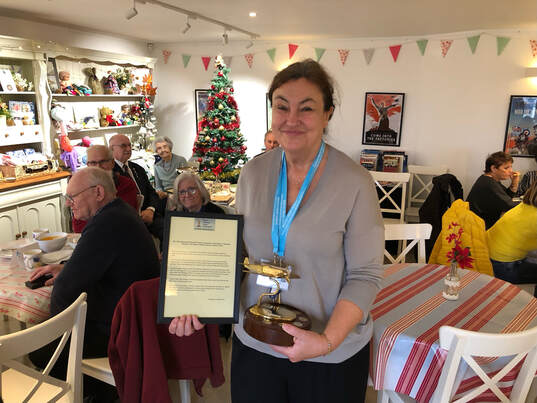 The Citation for the John Simmonds Memorial trophy was read at the National Reunion at Southport in October, where Edwina Holden received the trophy on behalf of Chloe Marley as neither Chloe or Air Marshal Cliff Spink were present. Air Marshal Cliff Spink, as well as being President of the ROC Association, is also Honorary President of the Battle of Britain Museum Trust  at Bentley Priory.

The Front of House Manager, Jackie Goetcherian, received the trophy at Bentley Priory on 16th November on behalf of Chloe who was unable to be present due to Covid in her immediate family.   At the request of Chloe the trophy is engraved ‘Bentley Priory’ because she was greatly helped with the research by volunteers at the Museum.

This trophy was originally awarded within Crew 2, No 7 Group, later at the Nuclear Reporting Cell 09 at Bentley Priory. 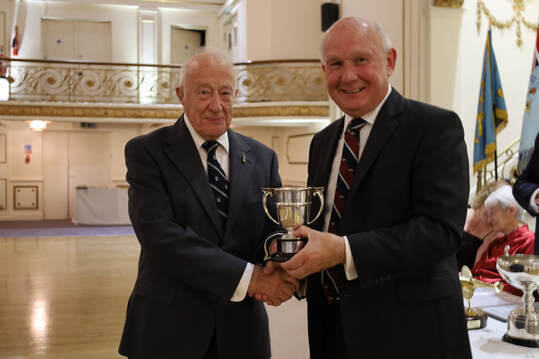 Michael took over the mantel of setting up the Association website some ten years ago when the previous manager passed away.   There was no hand over period and no access could be gained to the previous website.

Michael, despite having no experience of setting up complicated websites, quickly achieved a very high standard of posting news and photographs on the website aimed at keeping the membership in touch and being a large communication tool for the Association.

For this mammoth task of setting up and keeping the membership informed Michael Marks is awarded the Michael Richards Memorial Trophy which was presented to him at the National Reunion at Southport  by our Guest speaker Air Marshal Peter Ruddock. 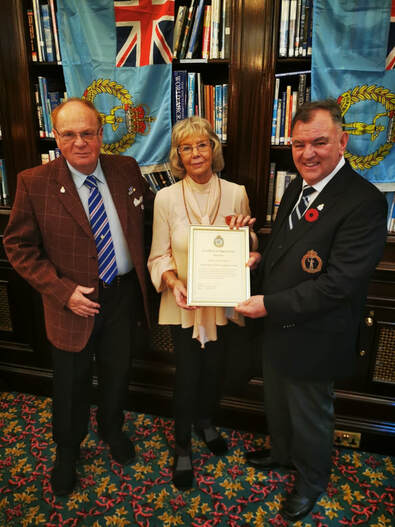 Stan Robinson, Secretary of No 13 Group, was presented with a Certificate of Appreciation from the National Heritage Team at a Lunch held at the RAF Club, Piccadilly, following the Cenotaph Parade.