This website was set up in October 2012 and is the new official site for the Royal Observer Corps Association.
Battle of Britain Memorial Day 9 July 2017
It was a bright and sunny as we  gathered at the RAF Battle of Britain Memorial at Capel le Ferne for the 77th Anniversary of the start of the Battle of Britain.  It was shirt sleeve order as standard bearers from across the country, invited guests and the general public watched performances from Kent Wing ATC Band and Kent Wing Drill Display Team.  This was followed by rehearsals for the parade and service.  By time the parade was due to form up, the temperature had soared and with little breeze – something unusual for the cliff tops at Folkestone – it was going to be a hot parade.

At 13.15 the Band of the Royal Air Force Regiment marched on, marking their 75th Anniversary.  Then came the Association Standards and Squadron Banners from Kent Wing of the ATC.  The Standards were led by 6 National Standards including that of the Royal Observer Corps Association carried by Tim Kitching from York.  The No 1 Group Royal Observer Corps Association carried by Jacqui Giles was among the 40 ex-service Association Standards in the parade, including that of the Polish Air Force Association carried by a cadet from Kent Wing with Polish ancestry.  The Parade Marshall was Robin Green, a former Crew Officer in No 1 Group and currently a Trustee of the Memorial.  With Standards and Banners in place cadets from all parts of Kent joined the parade before marching on the Banner for Kent Wing ATC and the Ensign of the Polish Air Force.  Finally, the order was given to march on the RAF Silk Ensign escorted by a Colour Party from the Queen’s Colour Squadron of the RAF Regiment.  The parade and service then opened with a salute from a Hurricane and Spitfire from the Battle of Britain Memorial Flight.  The Guest of Honour was Air Chief Marshall Sir Stephen Hillier, the Chief of Air Staff, who, along with Viscount DeL’Isle, Lord Lieutenant of Kent and Air Chief Marshall Sir Stephen Dalton, President of the Battle of Britain Memorial Trust, inspected the parade.

During the service, the Last Post was sounded to remember the few - and the many - who served during the Battle of Britain including members of what was then the Observer Corps.  The first wreaths laid were by the Lord Lieutenant and Chief of Air Staff shortly followed by Terry Giles on behalf of the Royal Observer Corps Association along with the Royal Auxiliary Air Force and the Air Transport Association.  The very hot weather was taking its toll so cadets were allowed to sit during the wreath laying but no such luxury for Standard Bearers!  However, the service was shortened which was a great relief.  The audience were very appreciative with loud applause for the parade as it marched off heading for shade and a cool drink.

The Hurricane and Spitfire of the Battle of Britain Memorial Flight returned for a flying display, spectacular against the blue sky with the coast of France to be seen in the distance.  The aircraft were the oldest of those with the BBMF and had served during the Battle of Britain.  After a short break for a cup of tea, it was back to berets and blazers in readiness for the sunset ceremony to mark the end of the day.  This is always an impressive sight with the Memorial covered in wreaths, the Band of the RAF Regiment in front of the Memorial Wall and the Banner Bearers from Kent Wing on top of the ridge behind it.  On marched the Association Standards and after verses of the evening hymn, sunset was sounded and then the National Anthem.  As the Standard Bearers marched off the salute was taken by the Chief of Air Staff, the Lord Lieutenant and the President of the Memorial Trust.

Another special day at the Battle of Britain Memorial and those taking part headed home red faced - not from embarrassment but with pride in a job well done and the after effects from one of the hottest and sunniest Memorial Days that the ‘old hands’ can remember.  We now look forward to 1 July 2018 for the 78th Anniversary of the Battle of Britain and Centenary of the Royal Air Force. 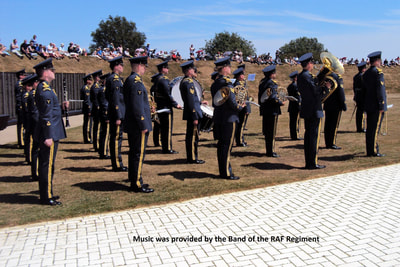 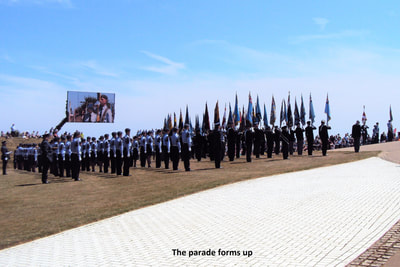 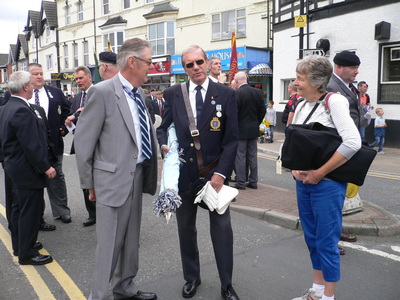 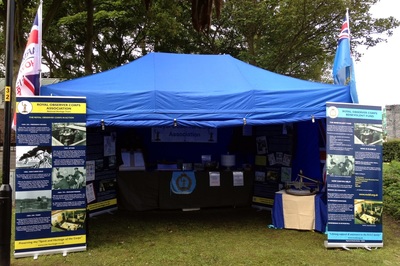 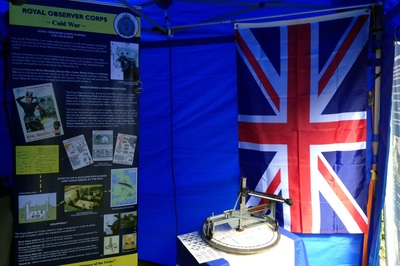 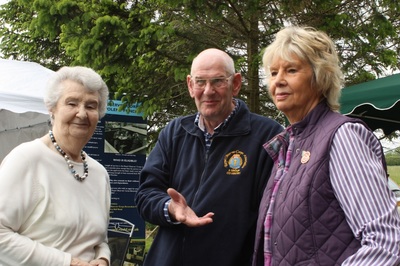 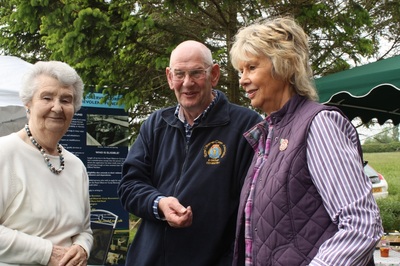 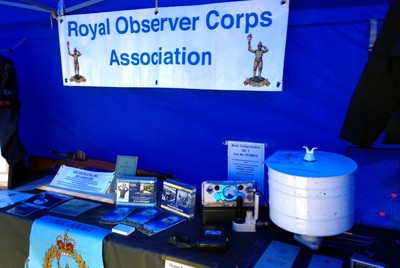 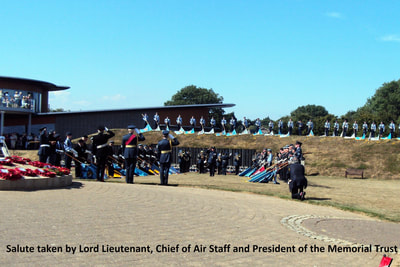 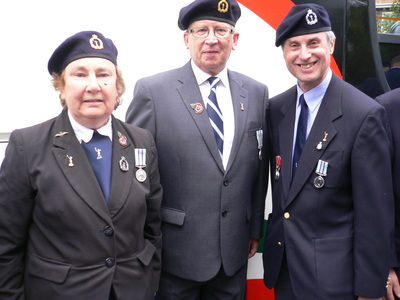 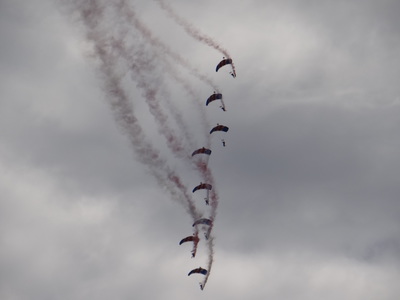