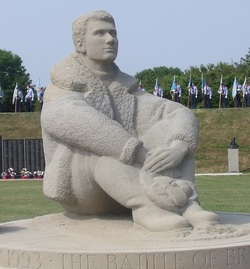 It is here at Capel-le-Ferne that the trust maintains the National Memorial to the "Few", the Allied aircrew who fought, and in many cases died, to defend this country in the Battle of Britain.

Atop these white cliffs, immortalised in wartime song, modern-day pilgrims visit in their thousands to remember those brave airmen whose sacrifice, courage, skill and determination kept the Lufwaffe at bay in the summer of 1940.

In doing so they kept this country safe from immediate invasion and also preserved it as the launch pad from which Europe was to be liberated in June 1944.

The aircrew were not all young and they were not all British - far from it. But with the support of many thousands of others, from ground crew to local people who 'did their bit', they stood firm.

The Few are, inevitably, becoming fewer, and those that remain are increasingly aware of the need to ensure that future generations understand the significance of the Battle. It is for that reason that the veterans - the men Churchill immortalised as 'the Few' - are among the most enthusiastic supporters of The Wing, the high-tec visitor centre that will continue to inform future generations about the Battle.

The clifftop site at Capel-le-Ferne is home to the Chistopher Foxley-Norris memorial Wall, on which is listed the names of all 2,937 members of the Few, as well as the central memorial.

The site has a replica Hawker Hurricane and Supermarine Spitfire, a Hunting Lodge and a statue of Air Chief marshal Sir Kenneth Park unveiled by HRH the Duchess of Cornwall in 2010.

At the left hand end of the Wall is an inscribed copy of Flight Lieutenant William Walkers well-known poem Our Wall together with a plaque commemorating the passing of the popular poet and veteran in November 2012.

This year the Trusts Annual Memorial Day took place on Sunday July 6th. where they welcomed standards representing the majority of ex-service veterans organisations from the south of England. Many of those on parade were also involved with the large number of events held to commemorate the centenary of the start of the First World War, and the 70th anniversary of the D-Day landings in Normandy.

The Trust also welcomed the Central Band of the RAF, and The Queens Colour Squadron and the RAF Air Cadets from the 34 Squadrons, that comprise the Kent Wing, on parade with their Standards.

The Service of Commemoration was conducted by the Venerable (AVM) Ray Pentland, CB, QHC, Chaplain-in-Chief of the Royal Air Force with the Reverend (Sqn Ldr) Matthew Buchan RAuxAF and the Reverend Brian Williams, Priest of St. Radigunds, Capel-le-Ferne.

Wreaths were also laid by Civic Dignitaries and guests.

The ROCA National Standard was carried by Mr Terry Giles, together with the Group Standards from Horsham (Ian Burrows) and Maidstone (Jacqui Giles).

Picture gallery:  Click on a picture to view a larger image.  Scroll left or right to see others. 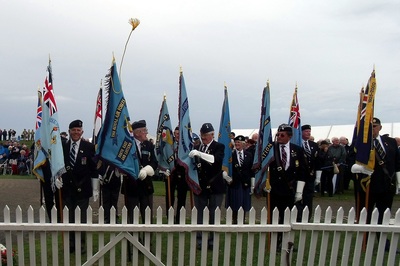 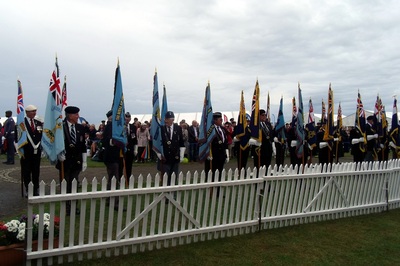 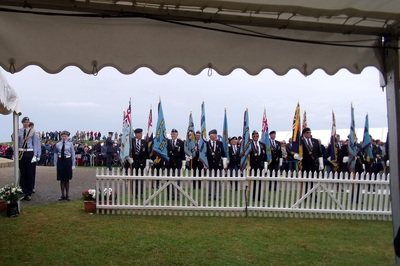 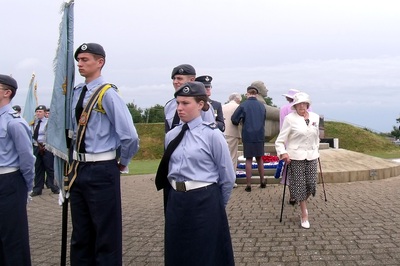 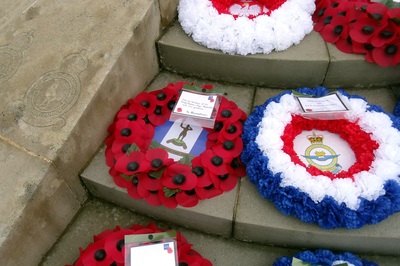 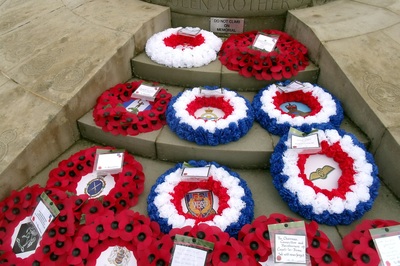 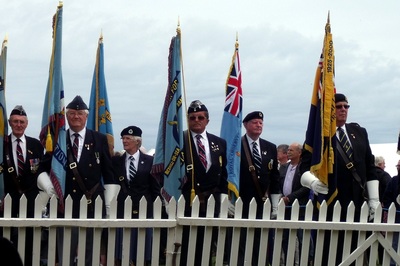 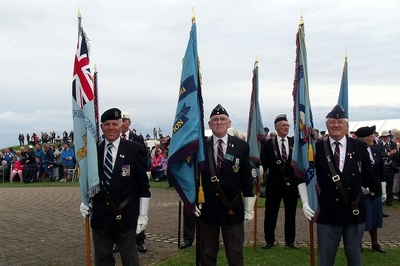 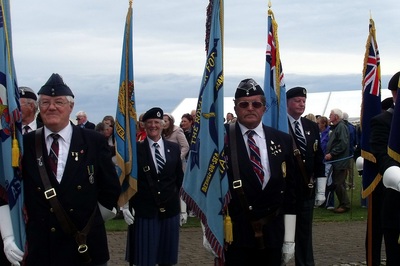 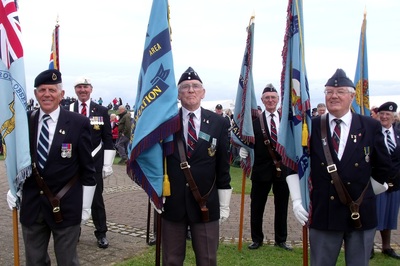 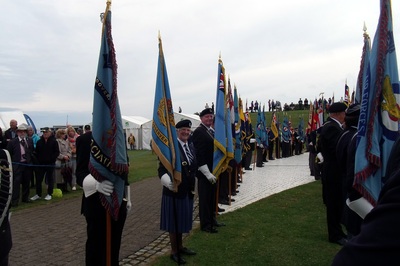 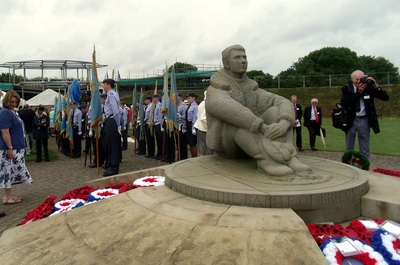 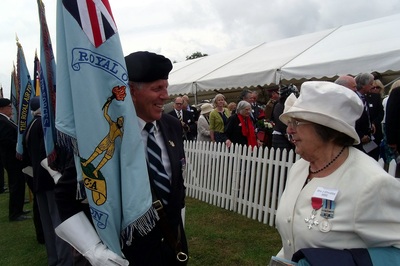 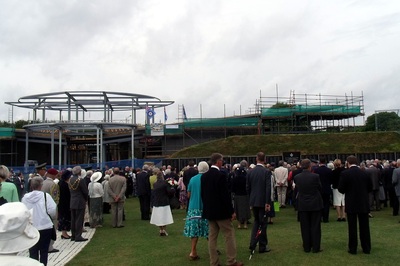 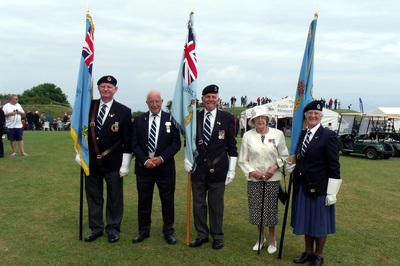