On a fine summers day, on the cliff tops of Capel le Ferne in Kent, the Battle of Britain Memorial Trust held their Annual Parade and Memorial Service to mark the 72nd anniversary of the Start of that epic battle that took place in July 1940.
This fine Memorial, to "The Few", was opened back in the 1980's with the statue of a young RAF pilot sitting on a concrete plinth and staring skywards. The memorial can best be seen from the air where the huge three bladed propeller set out on the green grass of the cliffs stands out clearly.
Over the years the Memorial has developed considerably with the addition of a visitor centre, replicas of a Hurricane and Spitfire, and more recently the Christopher Foxley-Norris Memorial Wall that lists the names of the almost 3000 members of The Few who took part in the Battle.  The seat dedicated to the ROCA is also there.

Among the 80 plus Standards on Parade were the ROCA National Standard, carried by Terry Giles, together with the Group Standards of Maidstone and Horsham Groups, carried by Jacqui Giles and Ian Burrows.
The ROCA Poppy Wreath was laid by Mrs Joyce Shrubbs MBE .    ROCA President Air Marshal Cliff Spink laid a wreath on behalf of The Guild of Pilots 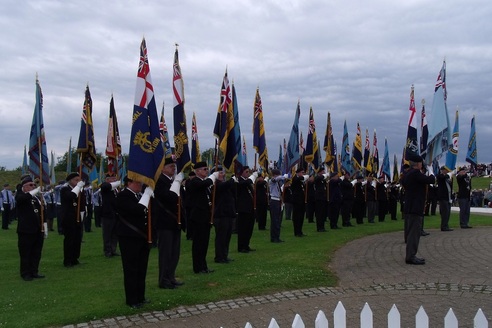 The Standards form up. 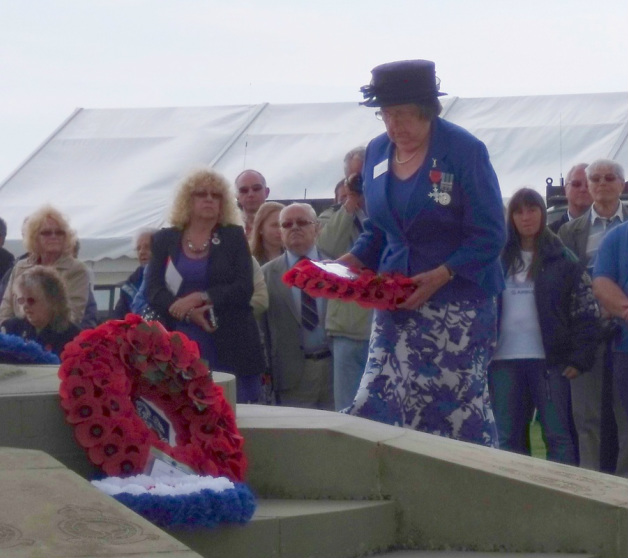 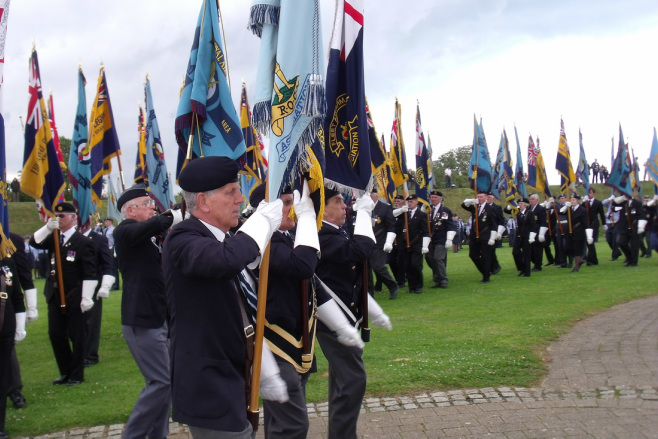 Terry Giles carries the National Standard leading the march past. 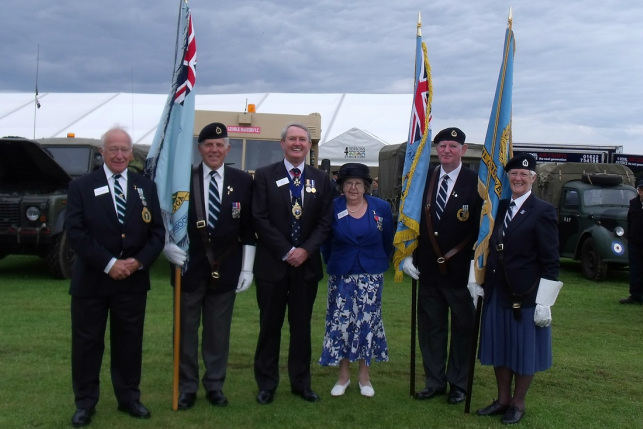