CELEBRATING  80 years since "THEIR FINEST HOUR"
The annual celebrations of the Battle of Britain at Bentley Priory were impeded this year due to the restrictions  caused by the Virus pandemic.  Despite these limitations the Heritage Team put on a splendid Display at our Iconic former Headquarters.              Read the Teams account written by Edwina Holden

We were again privileged to be invited to take the Heritage wartime display to the Battle of Britain Museum at Bentley Priory to commemorate the Battle of Britain.  This year numbers were limited to 80 members of the public, we, together with the 253 Re-Enactment Group were the only displays.

This year, with the weather looking good, we chose to be on the Terrace outside the café rather than on the Balcony.   Simon Craine and John Shere did a double-act with Simon telling the history of the Corps in the early days and John taking over with the wartime history, both in authentic dress.  Simon’s partner Nicky was attired in true 1940s dress and stockings with seams!  Photographs below.   Visitors brought out refreshments to sit at tables in the sunshine which gave a very good atmosphere.   We were pleased to see Robbie Sinclair who had travelled down from Carlisle to visit the Museum, as he does every year.

Unfortunately the fly-past at the end of the day had to be cancelled due to high winds at RAF Coningsby but on the Sunday morning the fly-past over Westminster Abbey diverted on their way home to fly over Bentley Priory, the volunteers were invited to take a picnic to the garden and enjoy it together.

I had thought I wouldn’t be allowed my usual job of selling raffle tickets for the Museum but had not reckoned with the ingenuity of the small staff.   An ‘instant prize’ game was invented with visitors either putting money straight into the box or passing their card over the ‘reader’, I needed to touch nothing.   I wore a visor and felt very safe.   This took place in what was the Ante Room but now called The Ballroom, so allowed plenty of safe-distancing.

All in all a very successful day for everyone and a great credit to the organisers who worked so hard to make the day happen in difficult circumstances.   We were also due to be at the Battle of Britain Museum at Uxbridge but unfortunately this was cancelled due to the difficulty with safe-distancing in the Bunker.
Details of entry to Bentley Priory are shown below.    Note that John Shere is to give a presentation at the Museum as part of their ‘Friday Morning Talks’ (he is to repeat it again in the afternoon) on 23rd October.    Please note, all tickets for visits must be arranged through the Museum  website until further notice.
Edwina Holden.   National Heritage Officer. 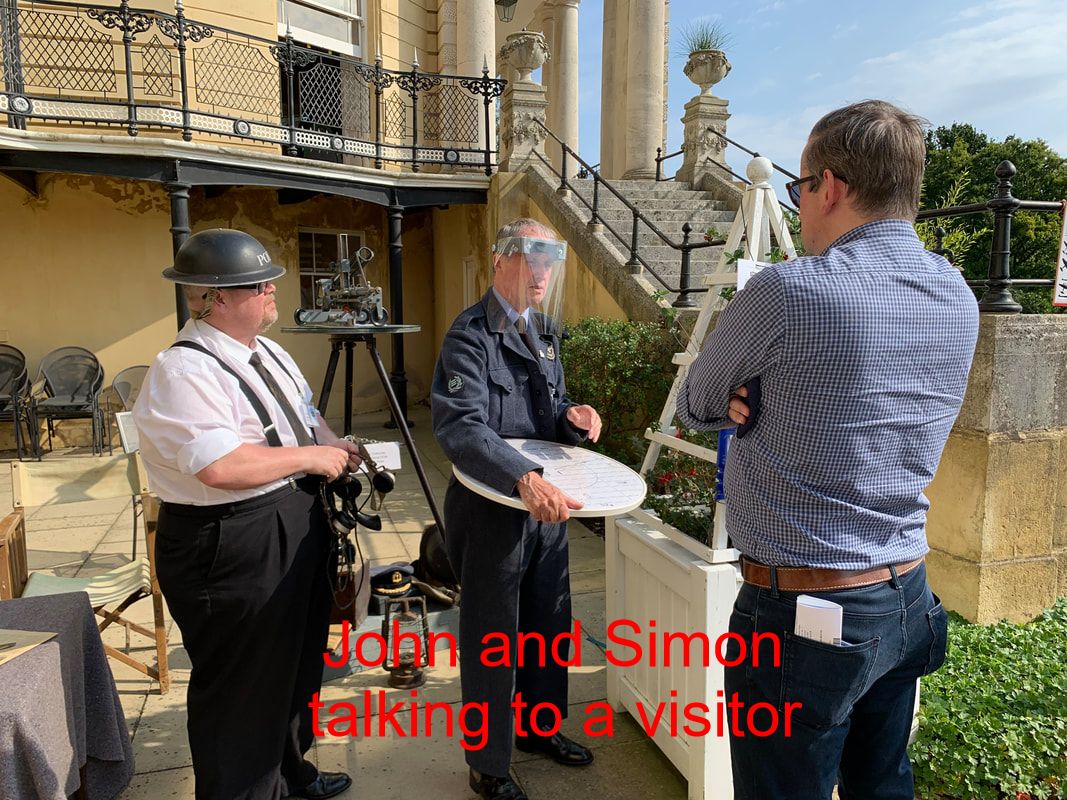 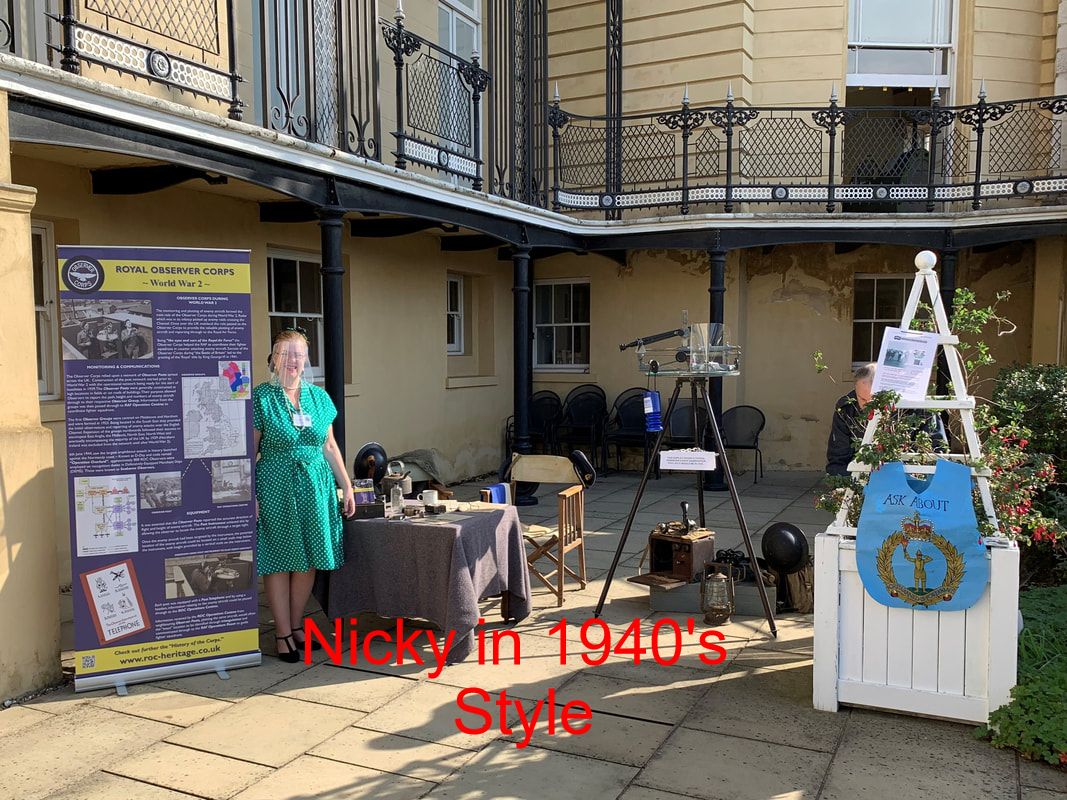 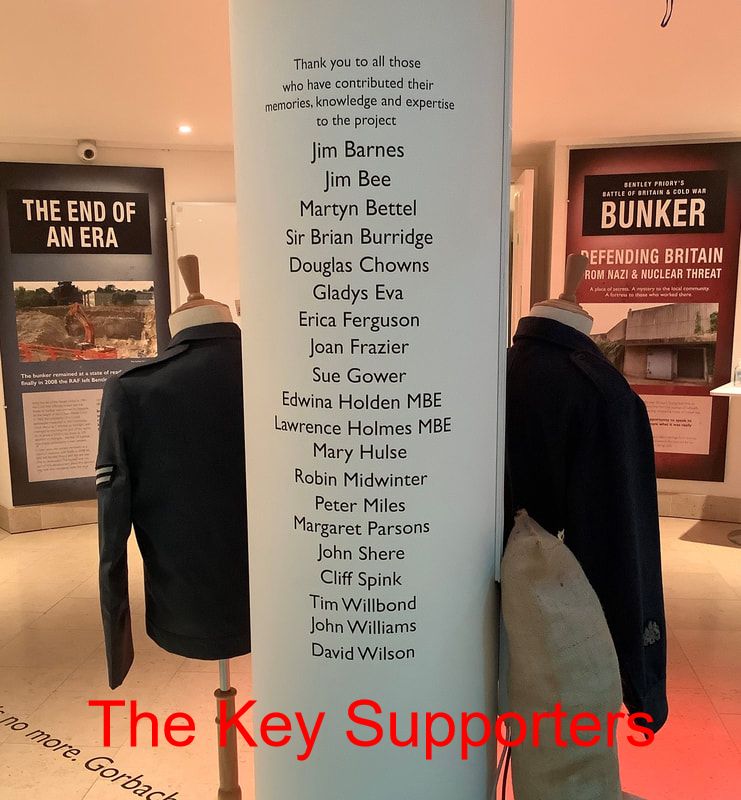 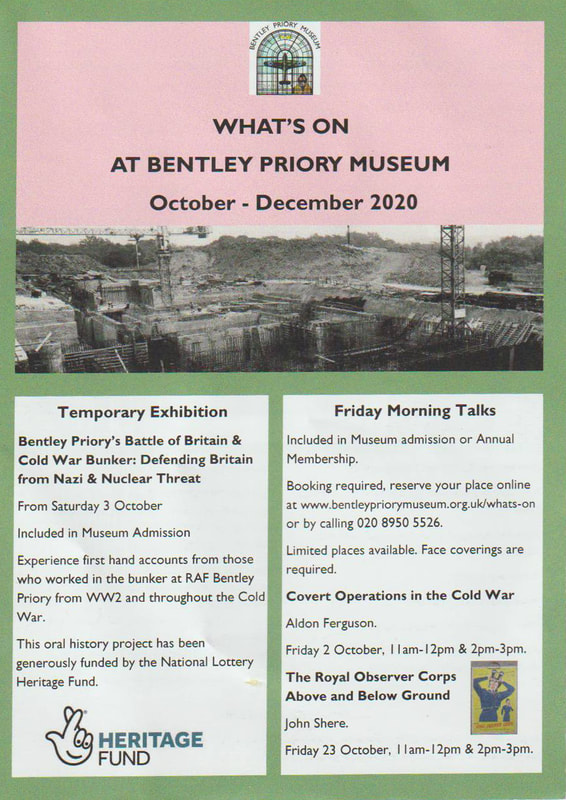 A BIG THANK YOU to The Heritage Team and the Staff at the Museum.